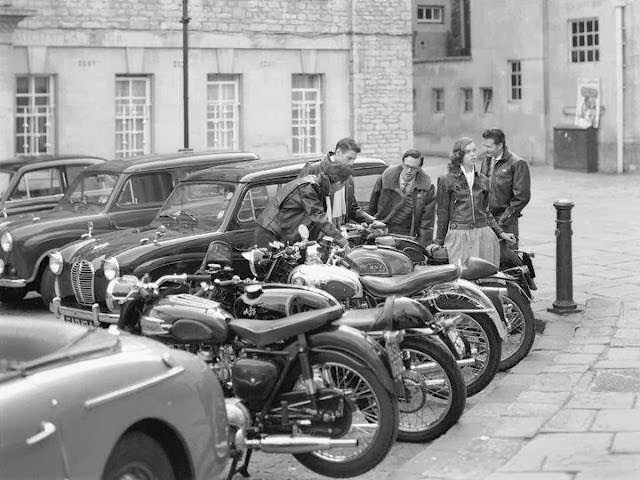 Want to sell parts/accessories at the swap meet? Register here.


Directions: click here.
Posted by Ton Up NC at 9:06 AM No comments:

Ton Up NC was founded in 2003 by one Marcus Rogers and Patrick “Patman” McGraw after a chance meet-up in Raleigh, NC. The story goes: Patman, then astride his Triumph Triple, was sitting at a local pizza joint (Lilly’s to be exact) enjoying a cold one and a hot slice, meanwhile Marcus rolls by on his angry Norton Commando (sure to cause a commotion wherever it is). Patman, recognizing the sweet tune of the Birmingham twin, chases down the Marcus and wallah, several beers later, Ton Up NC was born.

Well, that was ten years ago and a lot has changed: unlike in 2003, cafe racers are currently the bike de jour, the Bull City Rumble Vintage Rally has taken on a life of its own and we’re not as young as we used to be. Meanwhile, a lot has stayed the same: Ton Up NC’s mission continues to be the riding, racing and restoration of vintage motorcycles, members continue to compete nationally in the American Historic Racing Motorcycle Association (AHRMA) series in vintage road, motocross, cross-country and trials, the annual Bull City Rumble continues to be a major focus of the organization and much time and care is spent maintaining and riding our vintage machines. So with this blog post we raise a toast to all Ton Up NC members, supporters, family, friends and you. Here’s to another decade of vintage speed demonology!

You can help support the Bull City Rumble and Ton Up NC by purchasing something at our webstore here.